The Gaming Industry is currently in demand on a global level for so many reasons. In the early 1990s, barely did an Indian gaming industry existed. But with time, the scenario has changed and it has gained popularity, especially with the rise of Generation Z.  In today’s modern world there must be no single person who never played any game on their mobile phones, PCs, laptops or any other devices.

Gaming nowadays has also risen to a professional career path. Gaming influencers in India are the most popular influencers who catch the eye of the youth by showcasing their gaming skills with some extra fun on their social media accounts. Upcoming Indian gaming influencers are the inspiration for many people. After creating a good number of enthusiastic followers they have also grabbed the attention of different brands for collaborations related to their niche.

Here are the top 10 Upcoming Gaming influencers in India who have been doing a great job with their gaming content and will be the future of the tech and gaming industry collaborations.

Ravi Rawat also known as GameXPro, is an Indian gamer and Youtuber widely known for his Pubg mobile game plays. He belongs to the Indian state of Uttarakhand and getting famous for his unique Pubg gaming skills.

He started his youtube channel in the year 2018 which initially did not gain good views. Ravi’s channel got attention with the entry of PUBG mobile into the Indian gaming market. Within a few months, he won his first silver play button after receiving immense love and support from his fans and followers. During the ninth season of PUBG mobile, the professional player was named for his no. 1 solo gaming skills in PUBG.

Ravi’s channel GameXPro comes under one of the top gaming channels with 4.09 M subscribers. He also has his second gaming channel named BawliGANG which posts content of PUBG game plays and has 615k subscribers.

Rishi Agarwal with his youtube channel name Rishi Gaming is widely known for free–fire gaming skills and is one of the most popular free-fire content creators in India.

He started his youtube channel in the year 2017 as Rishi Gaming which currently has 400+ videos related to his niche. He has also created content related to other gaming like Clash of Clans, Sharif Vs Gunda, Gunde Se Panga, Free fire short action movies and more. Rishi uses 2 different IDs to play free fire and from his first Id, he has won 1200+ matches out of the 6800+ squad games he had played. This Indian upcoming gaming influencer flaunts a winning rate of 18.33%, 15319 kills and a K/D ratio of 2.72.

During the ranked season, he has also participated in 1819 matches and won 87 of them. He also has 55.1k followers on his Instagram account.

The average views per video on the Rishi Gaming channel has around 181.2k. His skills and winnings attracted his viewers more to his content.

Rishabh Verma with his channel name Antaryami Gaming is a professional gamer, Youtuber and roaster. He’s getting more fame day by day because of his humorous content and his mind-blowing skills in PUBG mobile game plays.

He was born and raised in Uttarpradesh and started his youtube journey as a roaster by creating his first channel Antaryami R.B with 778k subscribers and has uploaded 24 videos till now on his channel. Antaryami Gaming is his main and second channel which has 3.4M subscribers.

He not only uploads funny video content but also organizes live streaming of 2-3 hrs of gaming for his audience. Even after the ban on PUBG mobile this Indian gaming influencer never failed to entertain his viewers, which is one the reasons why we look forward to the content of this upcoming gaming influencer. He started putting content on the Korean version of PUBG mobile until the arrival of the game Battleground Ground India.

He always prefers the four-finger claw technique for his game plays. Rishabh also has his third channel, Rishabh Verma, which has 231k plus subscribers. There he uploads different vlogs and also spread positivity by helping the needy. On his Instagram, he enjoys 343k followers.

Onespot Gaming is a channel created by the brothers named Ishan and Vikas. The channel has 500+ video content pieces with total subscribers of 3.27 M.

They also have an Instagram account for their gaming content which has a following of 101k. Their content mainly focuses on GTA5 and GTA to make it easy for those players to crack through levels. The viewers find their content real funny with the unique gaming skills to play. They also make compilation videos that have thug life, epic moments, winnings and failures too to make it more relevant and entertaining for the audience. This rising gaing infuencer on YouTube also has three other channels named Khatarnak Ishan, Vikspot, and Onespot tech.

Amit Sharma widely known as Amit Bhai, is a gamer, streamer, YouTuber and free-fire player. He started his youtube journey with his first channel in the year 2018. Initially, his journey was not that great, he also received a couple of copyright strikes on his videos because of featuring others’ content. But later he started gaining popularity for his Garena free-fire gameplays. He gained 15k subscribers in the start but suddenly the growth rate slow down, and then one of his videos gained instant popularity in a few months. Amit has two channels- Desi Gamers ( 11.4 M) and Desi Army (3.25 M) and an Instagram account of 1.8 M followers.

Jonathan is a Youtuber, streamer and PUBG mobile expert. He has been named a hacker by his viewers because of his unique gameplay. Being a part of those teams he also has represented the Esport team and Entity gaming at multiple tournaments. He began his youtube journey on 25th Feb 2018. Due to this gaming influencer’s amazing gaming skills, Ghatak got impressed and asked him to join his team TSM-entity-Jonathan and get introduced to many other people like Zgod, Neyoo and clutch God.

He was also awarded first in the Indian series of PUBG mobile 2020, Skyesports Championship 3.0 in 2021 and PUBG mobile club open- Fall spirit: South Asia in 2019. He also came 6th rank in PUBG Mobile World League Season 0: East and 2nd in PUBG Mobile Pro League – South Asia season 1: Finals. He has an average winning ratio of 40% in all seasons.

Aniket is a professional gamer and streamer also known for his gaming skills, funny moments and PUBG gameplay content. He prefers the four-finger claw technique on his iPad.

This upcoming gaming influencer in India has always worked hard to achieve his goals, a result of which boasts 202k followers on his Instagram account. He started his youtube channel in 2015 and now he has a following of 2.38 M subscribers. He’s also the admin of the AnBruMAN and AnBruisPlaying channels with 195k and 765k subscribers.

Manish aka GW Manish is a professional Free Fire player, gamer and content creator. He started his Youtube journey in the year 2017 and now to date, has managed to garner a massive following of 3.8 M Subscribers and 136k followers on Instagram.

This Indian gaming influencer has been always known for the good quality content that he provides to the viewers. He has a total of 980 videos on his channel which has total views of 110 M.

Hitesh is from Shimla, Himachal Pradesh a known gamer, streamer and Youtuber who has 2nd large fan following in Himachal Pradesh. He started youtube because he loves to create content and always aimed to make his channel the largest gaming channel in India. At first, his channel was named YesSmarty which he used to upload education content. But later on, he started posting gaming content which gained good popularity.

Pratik lives in Delhi and is an Indian gaming YouTuber and also a popular streamer of PlayerUnknown’s Battlegrounds. He started his journey by uploading the gameplays of Clash Royale. His personality was really impressive in all of his live streams. He also creates content that is on-demand by his viewers like vlogs, events, and more.

This upcoming Indian gaming influencer on YouTube is also a part of Ebuillit Gaming India which is one of India’s largest networks of gaming and esports influencers. He’s soon appearing in the Nissin cup noodles app too.

Gaming Industry in India is growing daily on a very large scale and will also hit Billions in the upcoming years. These upcoming gaming influencers are the future of this Indian gaming industry. They work hard on their level to entertain everybody, and never fail to share all the funny, hilarious, epic moments to make the content more relevant to their viewers.

YouTube Has Become One Of The Most Accredited Platforms For These “Influencers”. 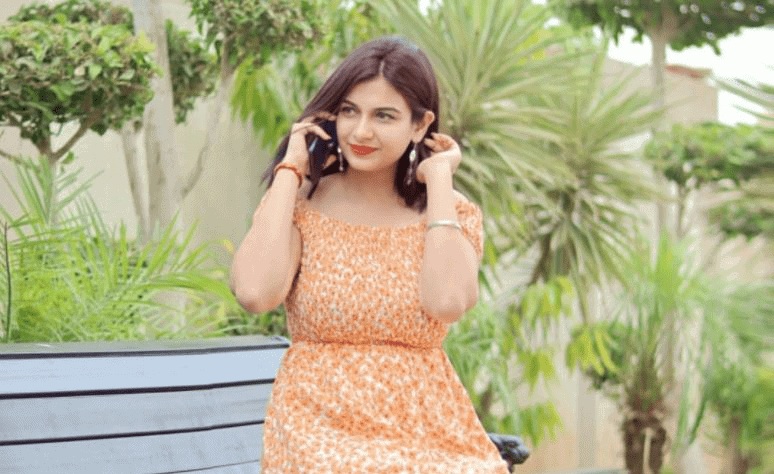